An app that could potentially reduce 66 million tons of plastic waste and save the lives of 1 million sea creatures. 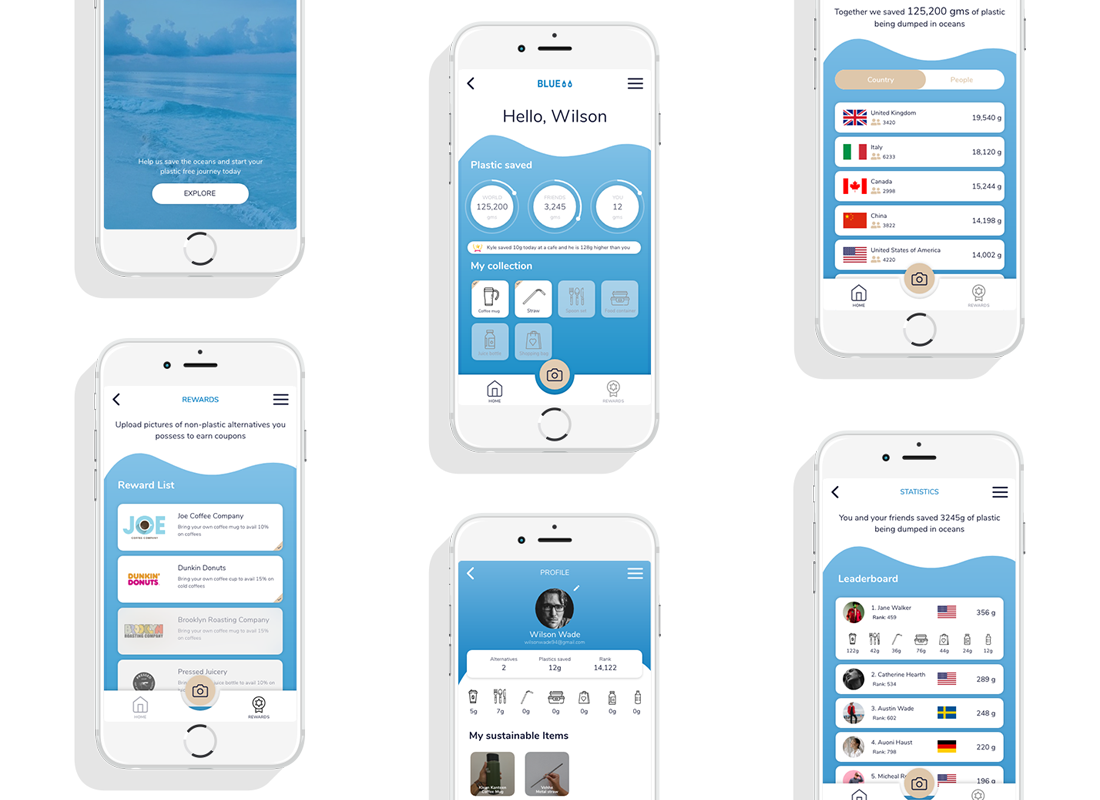 Blue ++ is a mobile application that helps reduce an individual's plastic footprint in the environment by encouraging the use of sustainable plastic alternatives and in return rewards users with discounts and coupons at their favorite takeout places.

Single-use plastics are damaging our ecosystem. People know it but still do not take measures

We are surrounded by plastic everywhere, though it is harmful to our environment, we use them on a daily basis. It is one of the causes of ecological imbalance on earth. We dump approximately 1 garbage truck of plastic packaging in oceans per minute and it is said to increase by 2 in 2030. 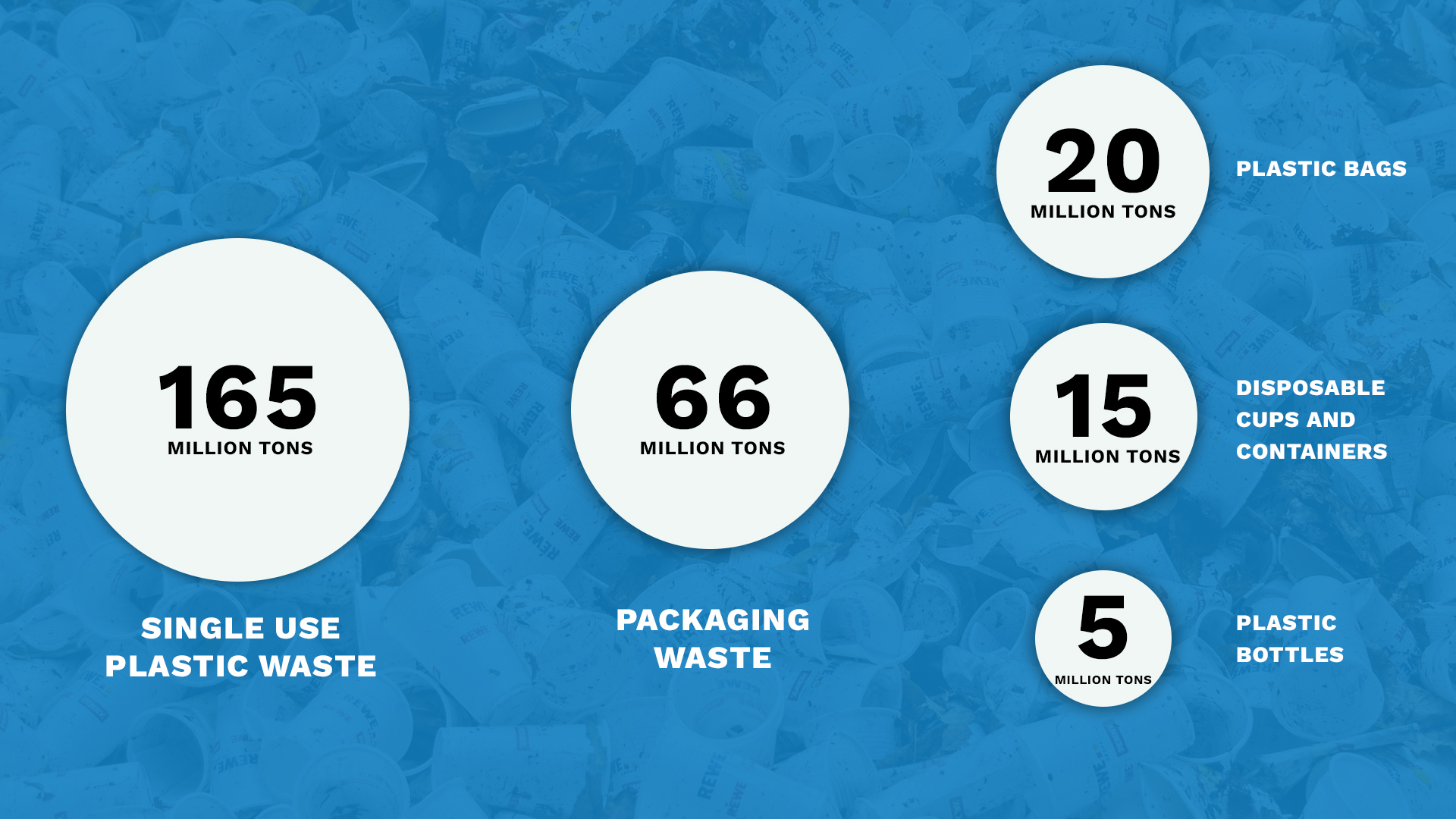 The information provided is per year in 2016. Source: https://www.earthday.org/fact-sheet-single-use-plastics/

How might we help people make conscious decisions about usage of single-use plastics and help reduce overall plastic footprint in the environment?

Users can upload pictures of any reusable alternative they possess from the list and receive a sticker with QR code. This can be scanned at select take out stores to receive discounts on their purchase every time they carry their item.

Compete with friends, family and the world for the least plastic footprint title

Everytime a user scans the QR code at stores, a record of the plastic avoided in grams is added to the user’s profile. This way they can compete with others on the leaderboard to reach the top as the environmental superhero.

People are unaware about their plastic footprint

I conducted the first round of interviews and a series of experiments to understand how people perceive living with plastic waste.

People knew they were producing a lot of plastic waste but didn’t know how much quantity they were generating.
‍
They understand the depth of the problem but they aren’t motivated enough to do anything out of the ordinary.
‍
There is no reward associated with doing a task that is not beneficial to the users in a shorter run. 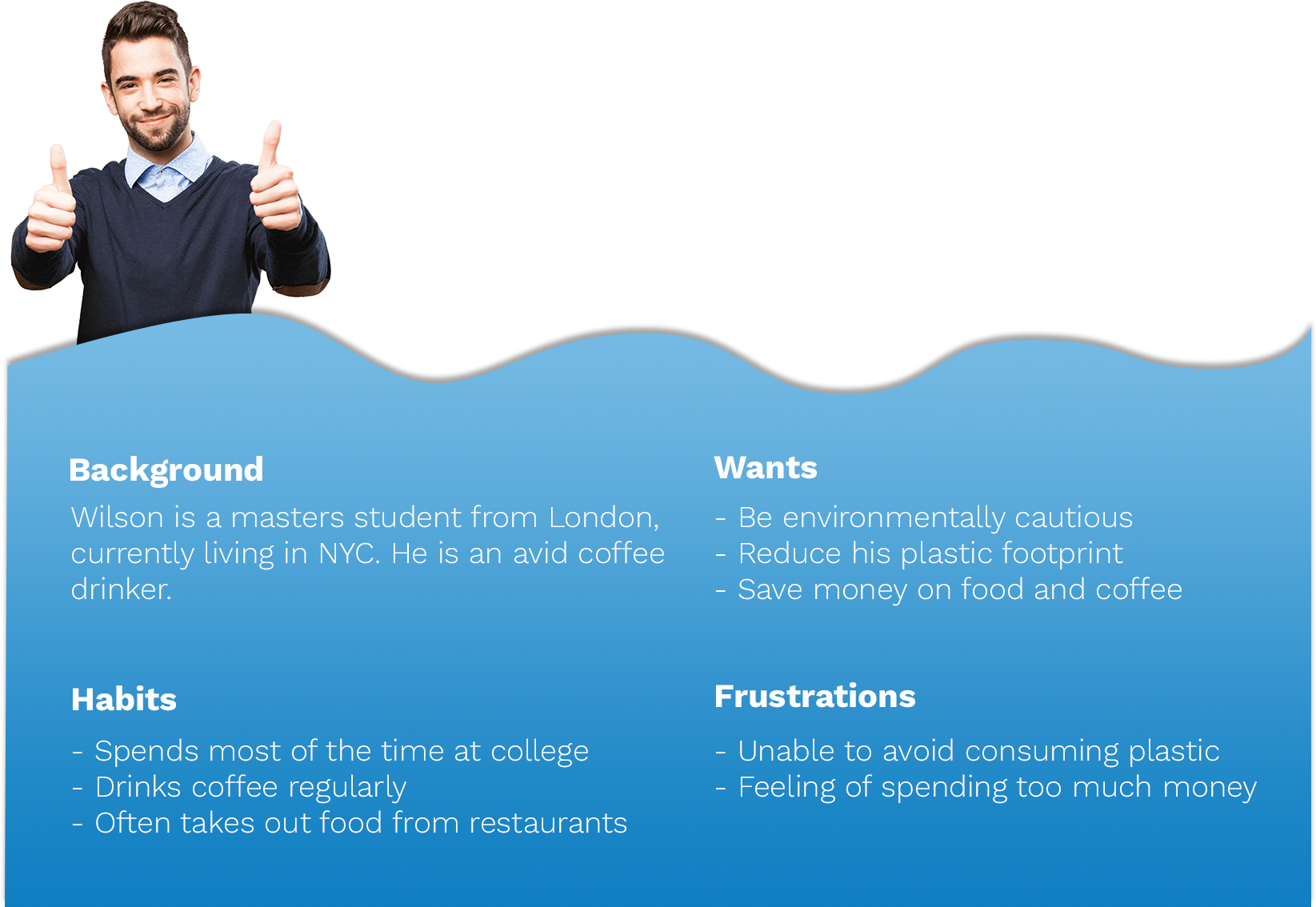 I handpicked a target group, studied them and implemented a process in which the users were taken from start of the problem to end of the solution. I was inspired by the 3A’s strategy of language development. Metaphorically there were similarities in language learning and habit forming models, hence I incorporated the 3A’s strategy in this scenario to create a habit of carrying their own reusable alternative.

I designed a pocket size tally sheet in the form of a business card that contains the tally of commonly used plastics and handed it over to 12 people. The target audience were students and young professionals as they tend to purchase takeout orders a lot. I received back the cards after a week and the observation was that people were starting to notice their usage patterns and realizing the problem. 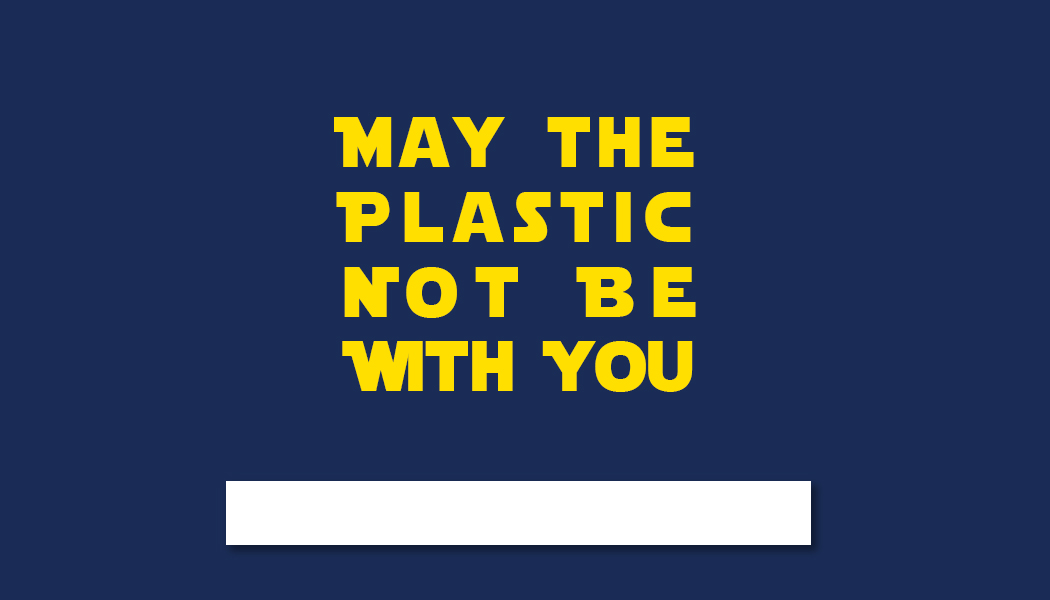 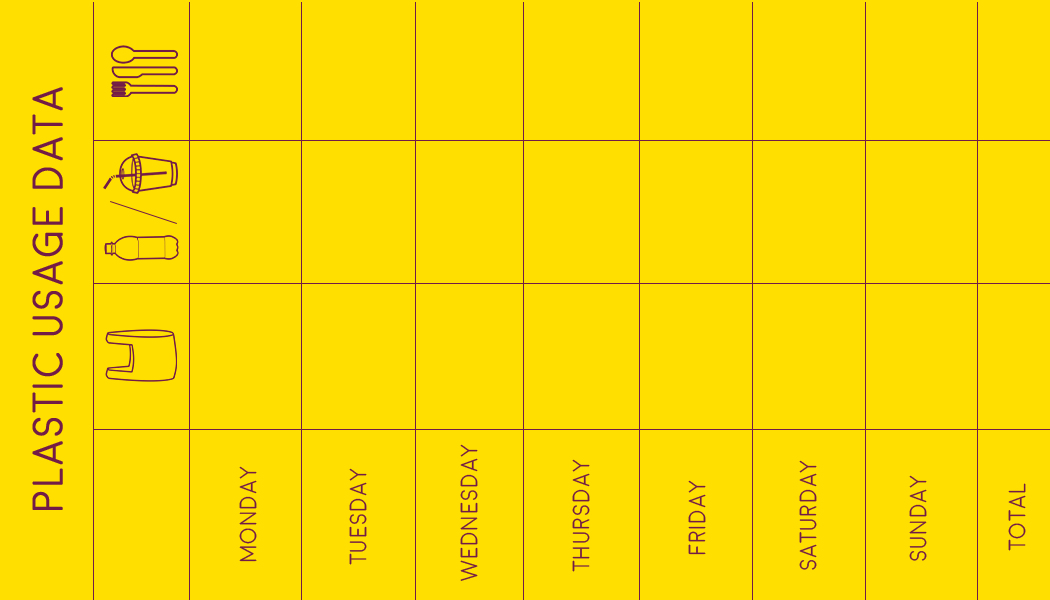 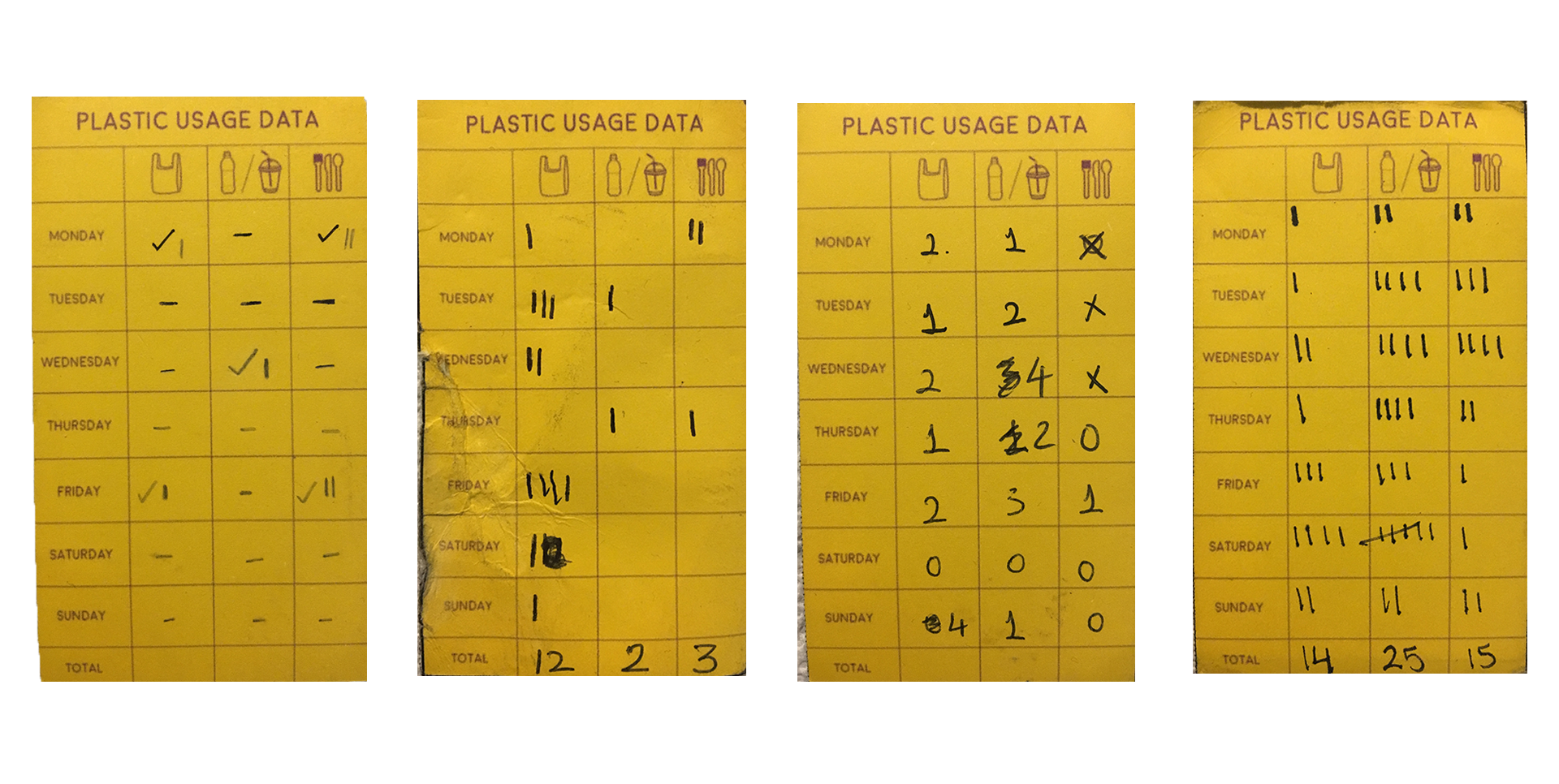 I created an audio-visual piece to bring awareness about existing single-use plastics and how their day-to-day usage is impacting at a larger scale.

Providing a way for people to take measures - Action

A blue theme for admiring the oceans

The theme is inspired by the oceans as this project is about reducing plastic that is being dumped in oceans and in turn helping the sea creatures survive. 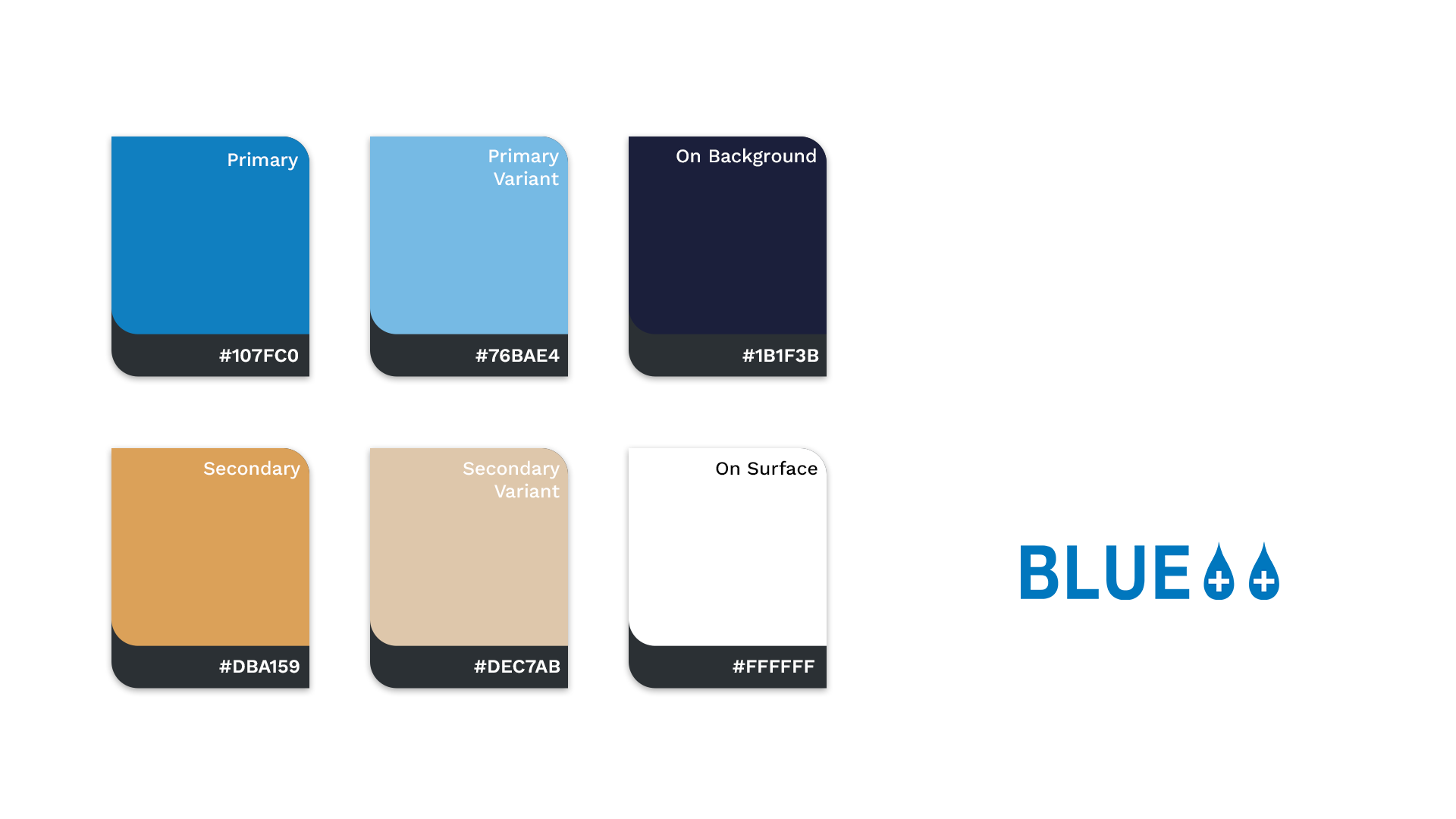 An app to get rewards, track your progress and compete with peers

The idea here is to build a mobile application that rewards users for carrying their own sustainable alternatives to plastics at take-out stores. Also, in order to make this a habit and maintain retention of the app, I made use of successful psychological models such as peer pressure, gamification and empathy to create a fruitful proposition.

Wilson gets a notification when his friend saves plastic and shows how far behind he is from his friend. The main screen of the app also shows this information, thus inducing peer-pressure.

Wilson will be able to compete with not only his friends but people from all over the world to reach the top as an environmental superhero.

Wilson gains a sense of achievement when his task of taking the first step in avoiding plastic has a direct implication on saving a living being.

An easy task flow to register items and track progress 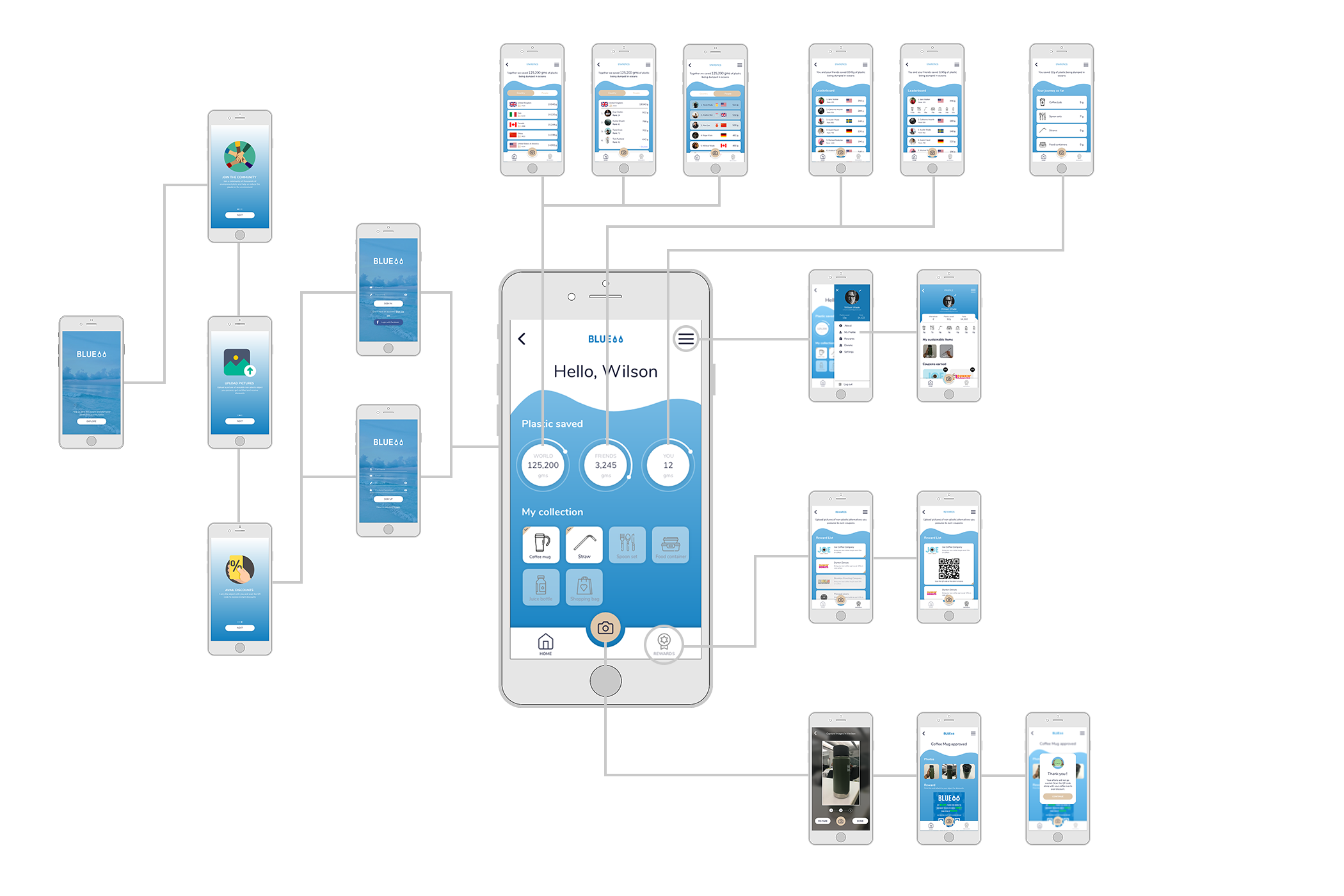 The stakeholders involved are users and cafe/restaurant businesses. Everyone involved has a hand in contributing to the cause in their own way and still individually be benefited out of this app. Users would receive discounts just for using their own reusable alternatives whereas businesses would attract traction through the app and as well proudly announce that they support such a huge social cause.

“Blue++ has a potential to make a difference in people’s mentality towards consumption of single-use plastics. New York City would definetely need this intervention.”

- Richard The, Associate professor at Parsons School of Design, Ex-Google

“This app is very engaging and I want to use it to compete with my friends.”

Prioritizing the important aspects of the app and doing usability testing to test interactions and the ease of understanding the interface. Iterating with feedback and creating compelling designs that are production ready.

Talking to business owners and incorporating their perspective into the app so as to get their engagement with the cause. 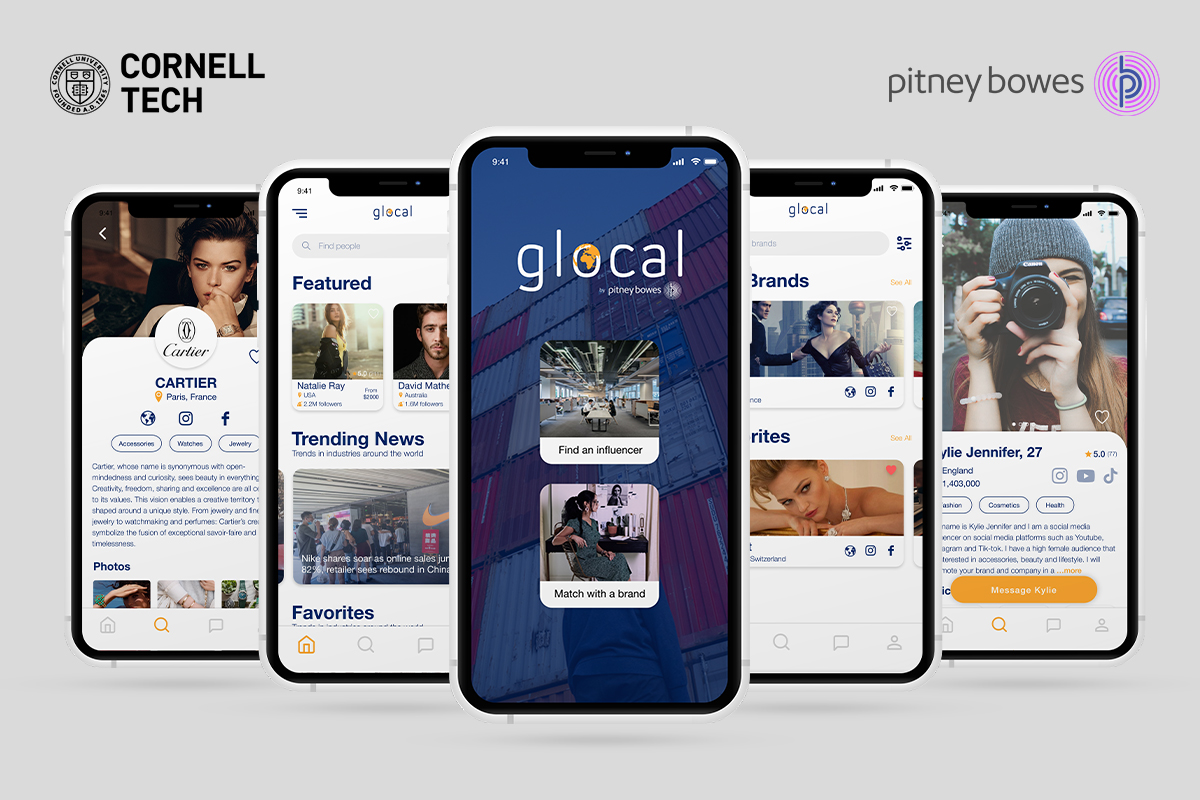 Accelerating cross-border sales with one of the leading international e-commerce service company through a networking mobile application. 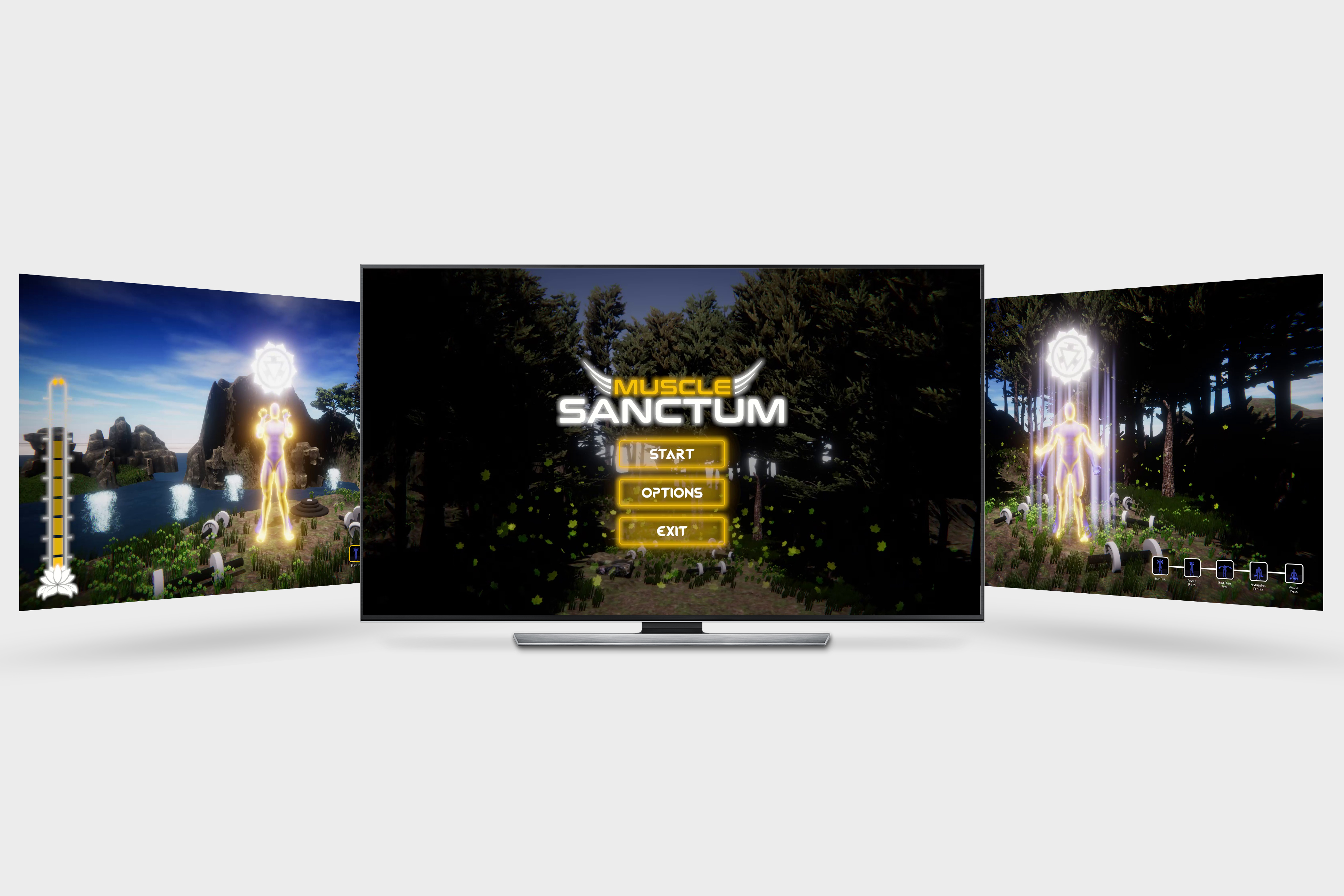 Experience muscle workouts like never before. Engage yourself in an immersive gamified workout and say good bye to gym intimidation. 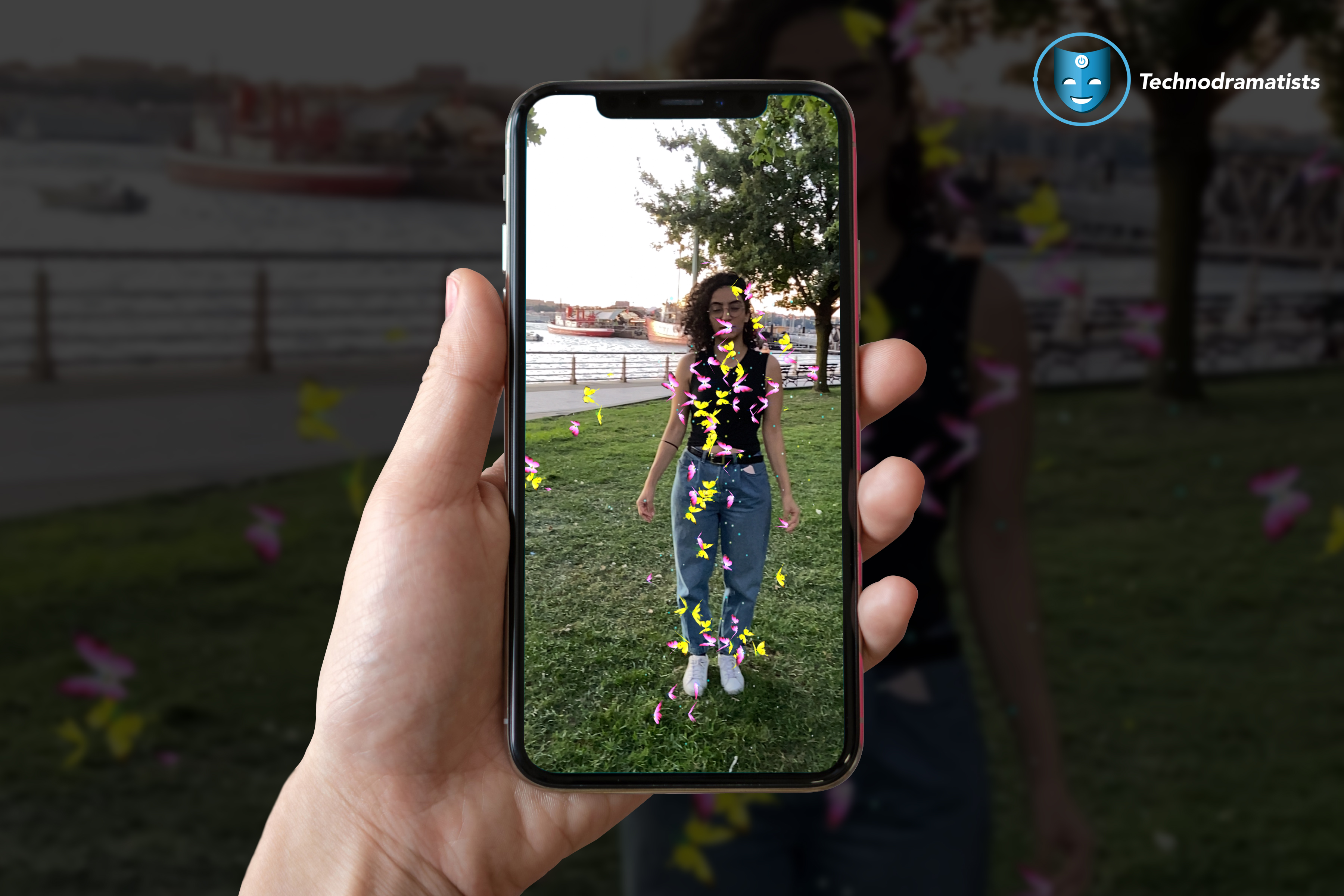 Spearheading the design and creation of the first ever Augmented reality visual effects system for live theatre performance. 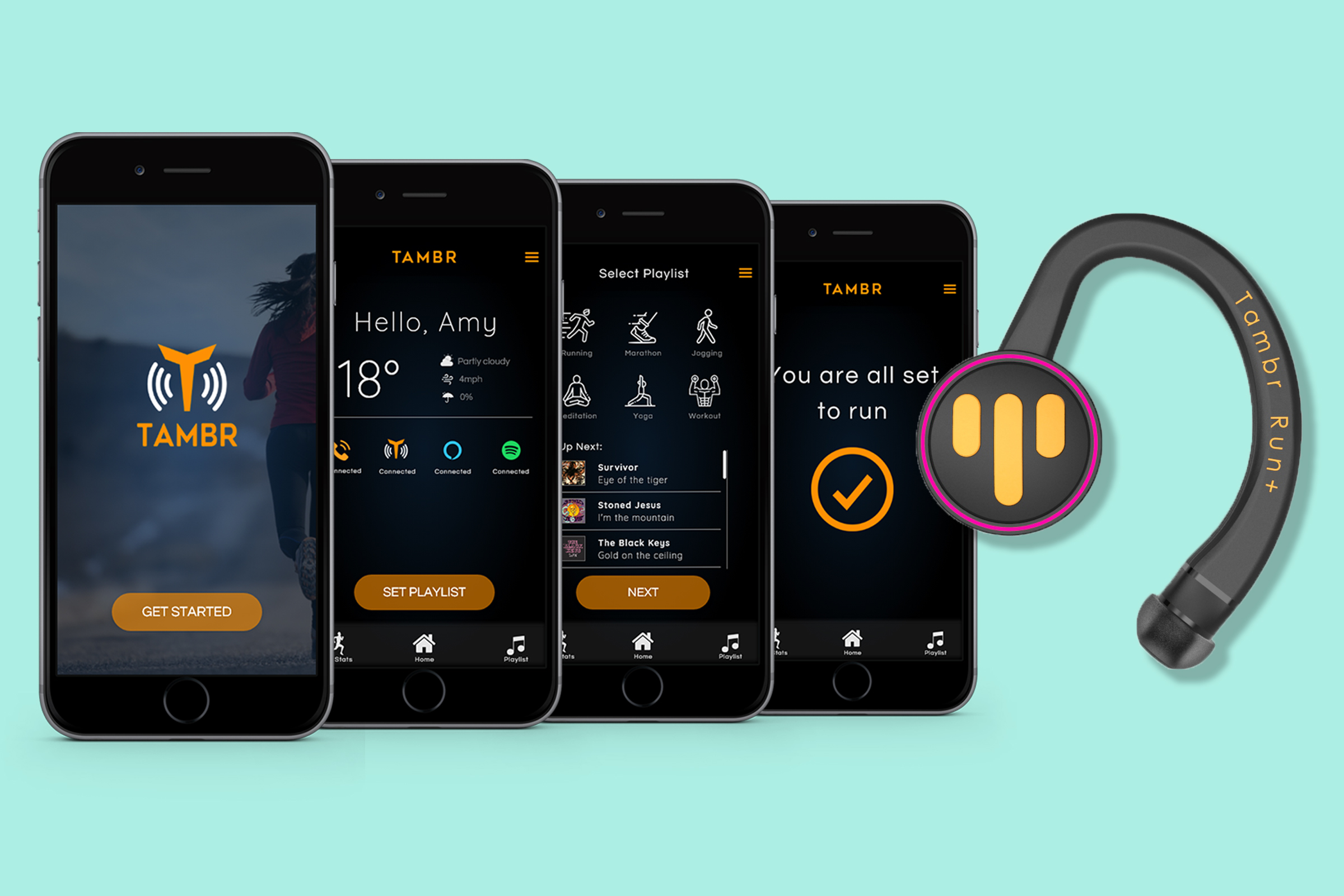 Co-founder and chief designer of first-ever smart earphones optimized for runners that allow them to access streamed content without having to carry their phone for the run. 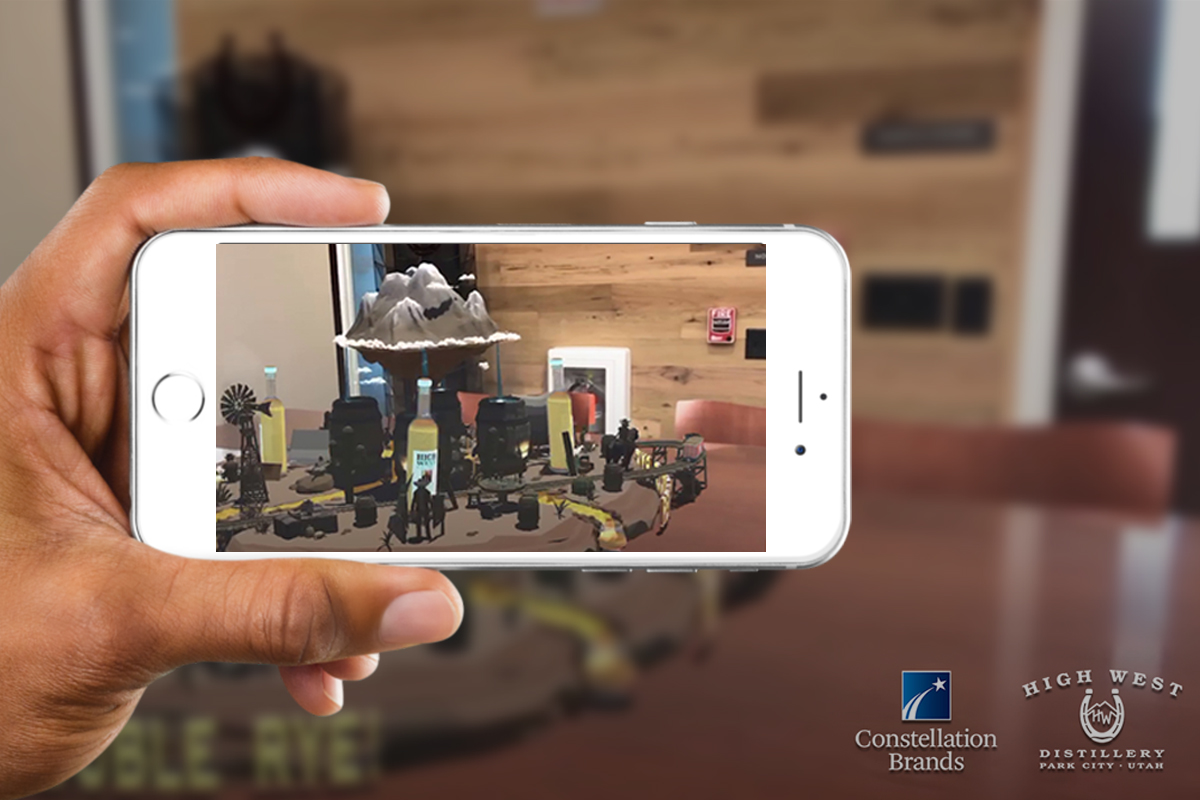 Led the AR storytelling initiative of HighWest Whiskey brand and won the likes of senior leadership for implementing similar concept to other brands of Constellation's portfolio. 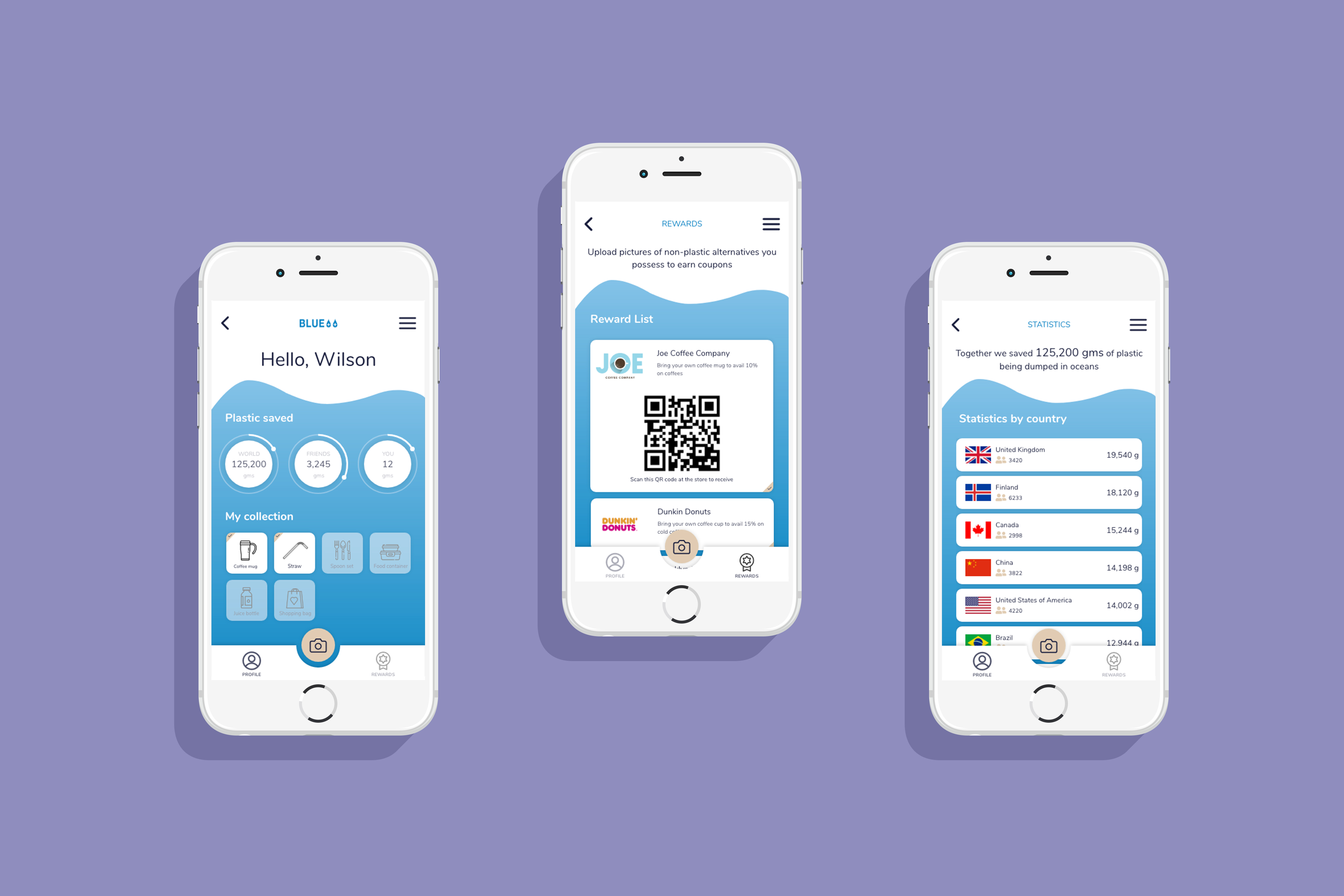 An app that could potentially reduce 66 million tons of plastic waste and save the lives of 1 million sea creatures.

If any of my work interests you or if you are interested to talk about how Product design, AR and Gamification can change the world, feel free to reach out to me and I would love to have a chat with you over Zoom!